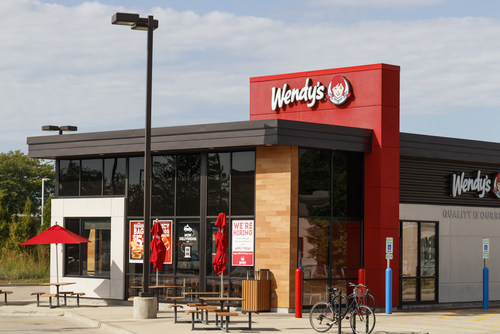 PITTSBURGH, Aug. 24, 2022 /PRNewswire/ -- Today the national food poisoning law firm of Ron Simon & Associates, along with Dion G. Rassias and Jill Johnston of The Beasley Firm LLC, filed a lawsuit in the Wendy's E. Coli O157 outbreak on behalf of a woman who was hospitalized after consuming a Baconator with French fries at a local Wendy's in Pittsburgh, Pennsylvania.

According to the CDC, as of August 21st, there were 37 laboratory-confirmed E. coli victims associated with this outbreak in 4 Midwestern states (Michigan, Indiana, Ohio, and Pennsylvania), including at least 10 who have been hospitalized.  E. coli is a bacteria that is usually transmitted through human feces.

"The victims all appear to have eaten sandwiches at Wendy's, each containing Romaine lettuce. As such, Wendy's has removed Romaine lettuce from its sandwiches in that region. Although there are 37 confirmed cases now, we expect that number to grow as more victims are identified."

More on The PennZone
The lawsuit was filed against Wendy's Old Fashioned Hamburgers of New York, LLC, in Pittsburgh, Pennsylvania, on behalf of Vanessa Camarillo.  A copy of the lawsuit is available upon request.

Ms. Camarillo purchased a Baconator from a local Wendy's, and shortly thereafter began to experience severe abdominal pain, nausea, and bloody diarrhea, a symptom of STEC poisoning. On July 29th, she was forced to seek medical treatment at UPMC Magee-Womens Hospital in Pittsburgh, Pennsylvania. She was admitted due to the severity of her condition.

On August 17th, the Center for Disease Control and Prevention (CDC), public health and regulatory officials in several states, the U.S. Food and Drug Administration (FDA), and the U.S. Department of Agriculture's Food Safety and Inspection Service (USDA-FSIS), announced a multi-state outbreak of E. coli O157:H7, a Shiga toxin-producing E. coli (STEC) linked to illnesses in four Midwestern states. The investigation led to Wendy's removal of Romaine lettuce from its sandwiches in the region.

Over the last 20 years, Ron Simon and his colleagues have prosecuted thousands of food poisoning cases for victims across the United States. His work has resulted in numerous upgrades to food safety procedures in Fortune 500 companies and in legislation designed to protect consumers from dangerous foodborne pathogens.

Mr. Simon and his clients have been featured on NBC, ABC, CBS, CNN, FOX, and virtually all other major television networks and print media. Mr. Simon and his firm have collected over $700,000,000 for their clients. He regularly publishes articles about food safety and litigation at www.foodpoisoningnews.com which are read by viewers in over 180 countries.