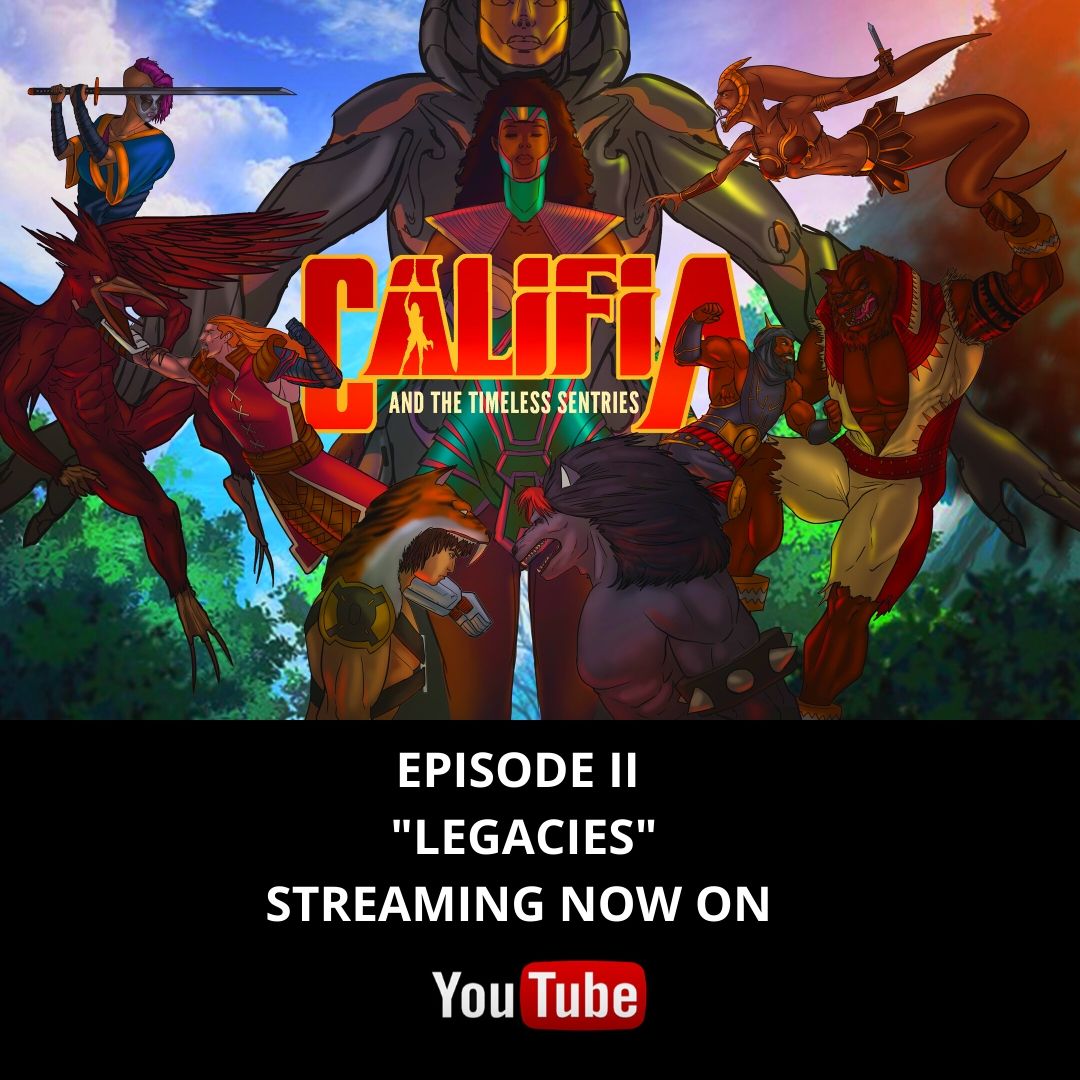 Califia — the legendary Nubian Amazon queen after whom California was named — joins forces with Sir Morien the Black Knight, Mowgli, Madame Butterfly, Sycorax the Sorceress, William Tell, and Dawn Henry, a female descendant of John Henry, to defend the weak against the malevolent forces of a mysterious land where time, space, science and magic defy the laws of nature.  Set on the lost continent of Lemuria, people and things have been transported there through wormholes for centuries.  The question is — why and by whom?

More on The PennZone
Califia and the Timeless Sentries spotlights obscure or misunderstood classic literature characters of diverse backgrounds. The motion comic explores their proposed fates beyond the old tales and into alternative fiction.  The Sentries are reimagined as the gallant heroes their stories have always quietly demanded.

In Episode I, "Sacrifices," the Sentries were in a life and death battle against the bloodthirsty Moreauvians in an attempt to save the people of the Village.  The Moreauvians are paganistic were-beasts and the Village is one of the last human refuges in all of Lemuria.

In Episode II, "Legacies," Califia witnesses the death of a dear companion long ago at the hands of Serpentine. In present day Lemuria, the Sentries continue their mission to save the people of the Village from the blood-thirsty Moreauvian man-beasts. A high school aged girl from Harlem, NY learns about her amazing family legacy and a ferocious giant gorilla-lizard hybrid threatens the lives of the Sentries.

More on The PennZone
"Califia was always intended to be a clandestine heroine," says Califia and the Timeless Sentries creator Keith L. Underwood.  "I want the viewer to learn more about her at the same pace as the Sentries.  We dissect Califia's enigmatic past from their vantage point."

The motion comic process combines animation elements with a traditional comic book.  This method was chosen as a clever and cost-effective way to produce Califia and the Timeless Sentries.  It was also an effective way to create a presentation piece for potential usage in other forms of media.  View a full list of the cast and crew on IMDb.