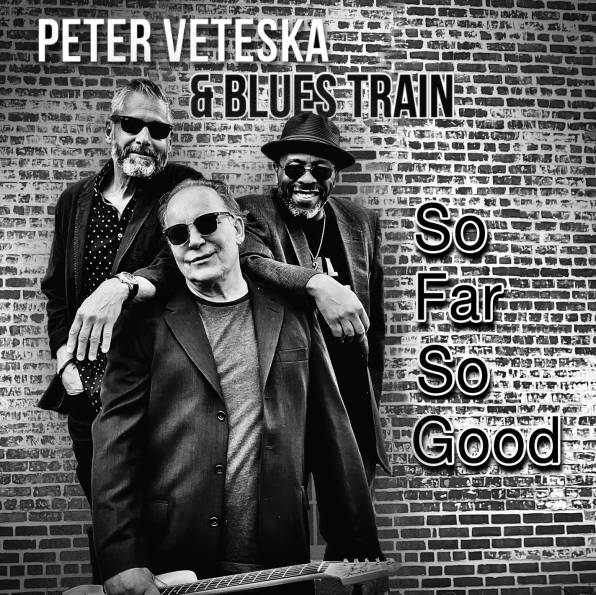 'So Far So Good' is slated for January 21, 2022 global release
LANCASTER, Pa. - PennZone -- Blue Heart Records is pleased to announce the signing of singer/songwriter/guitarist Peter Veteska.  The Queens, New York native, now residing in central New Jersey, has proven a prolific force in the blues world, releasing six albums in seven years.  A New York Blues Hall of Fame inductee, Veteska and his band, Blues Train, are a favorite on the Mid-Atlantic blues scene.

Now, following the internationally-acclaimed 2021 release, Grass Ain't Greener on the Other Side, Peter Veteska & Blues Train return with So Far So Good, a twelve track opus featuring eight dynamic originals. The final track, "Can't We All Get Along" concludes the album with a plea for unity in a troubled world.

Sallie Bengtson, partner at Blue Heart Records, says, "Peter Veteska's music piqued my interest during his first promotional campaign with Blind Raccoon (Running Out of Time, 2018), which was before the formation of the Blue Heart label.  It is rewarding to now have this opportunity to provide expanded support for his music."

Album preorders will begin December 10 with a limited-time offer for exclusive access to the "Can't We All Get Along" single and music video, just in time for holiday gift giving.

"Peter Veteska is one of the most talented, but overlooked artists in the blues world today." - Marty Gunther, Blues Blast Magazine

Publicity and Promotion by Blind Raccoon.