A.R. Rahman Begins Recording "Hands Around the World" song to fundraise against climate change, in Los Angeles
The PennZone/10055421 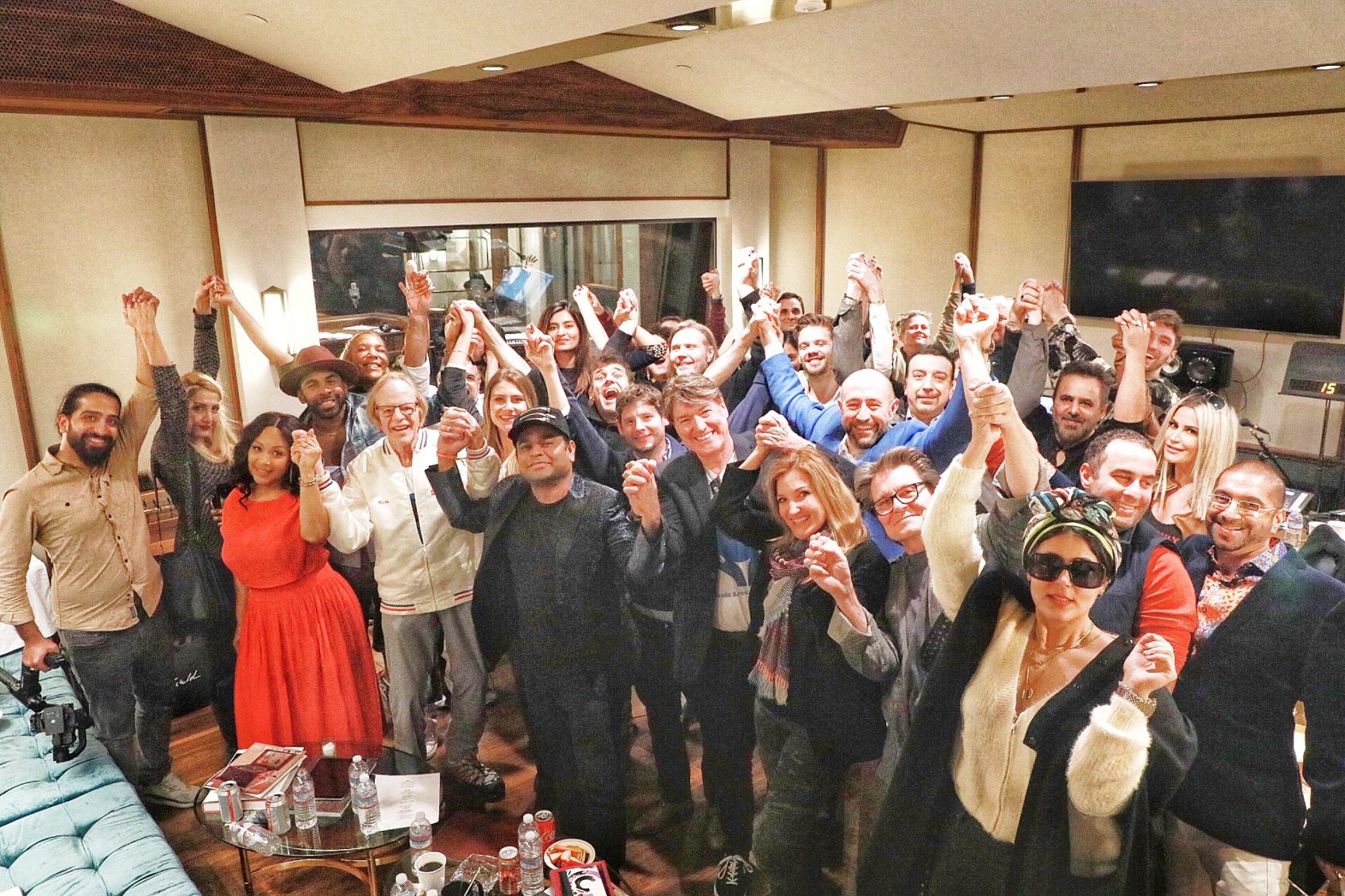 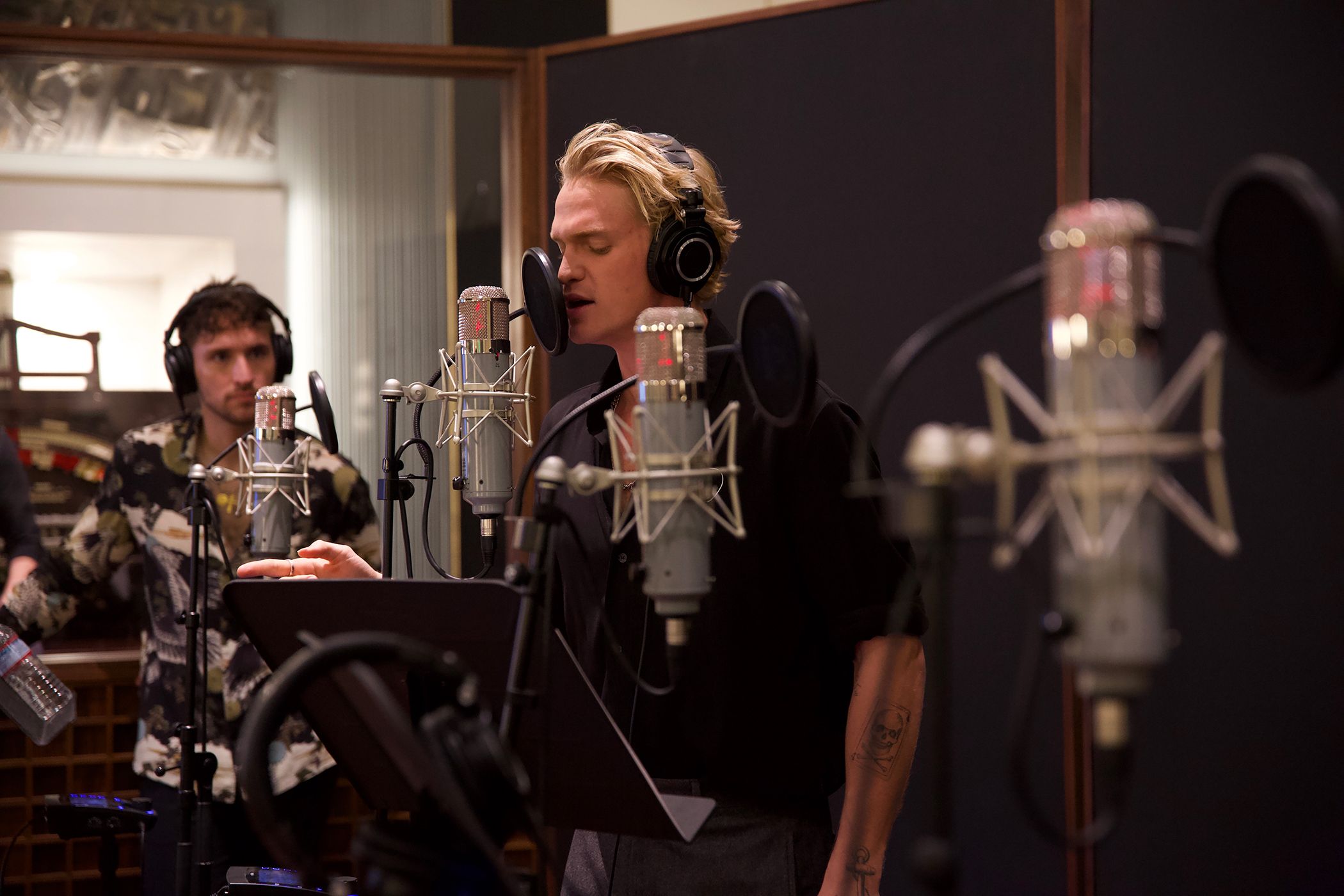 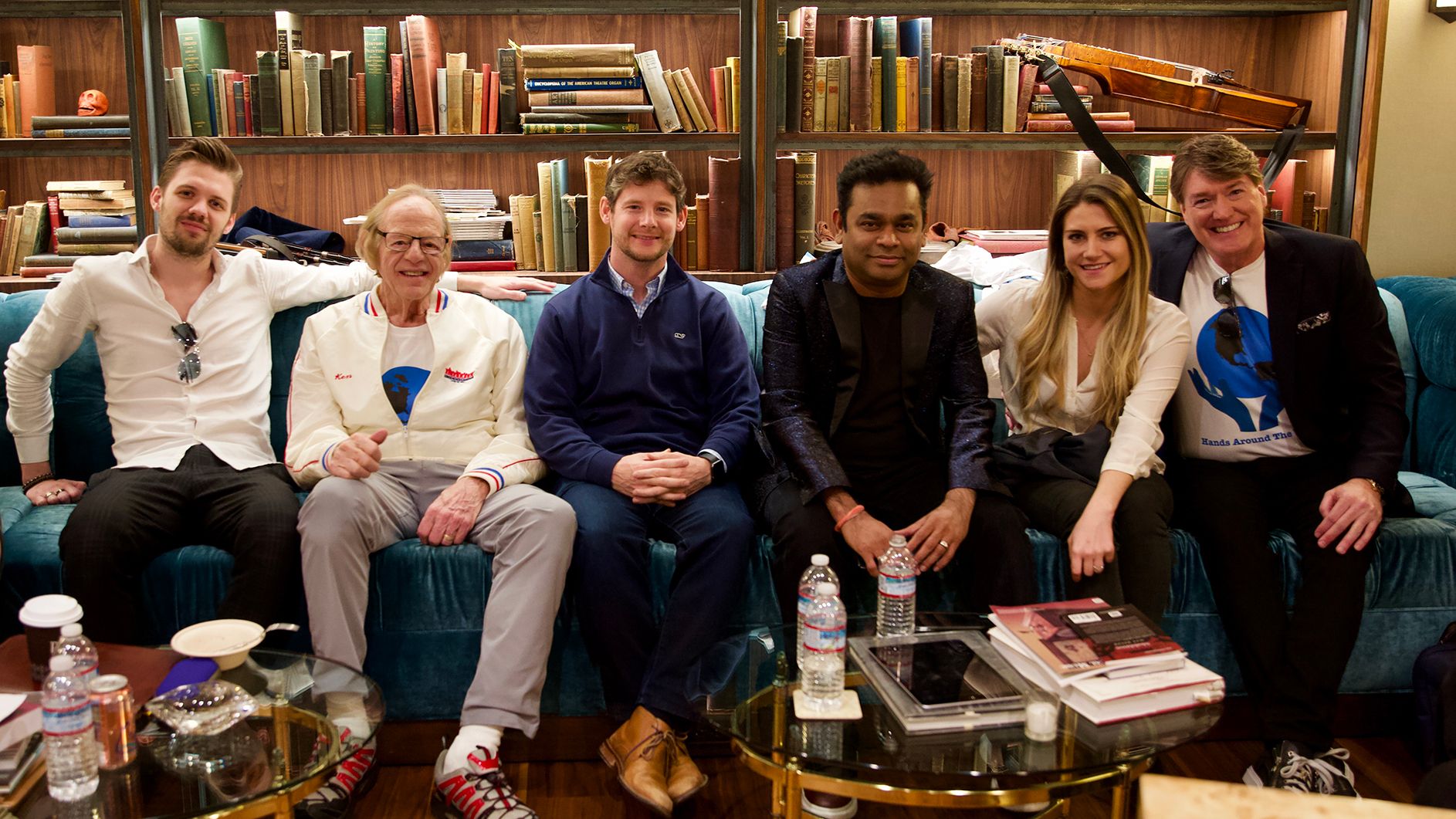 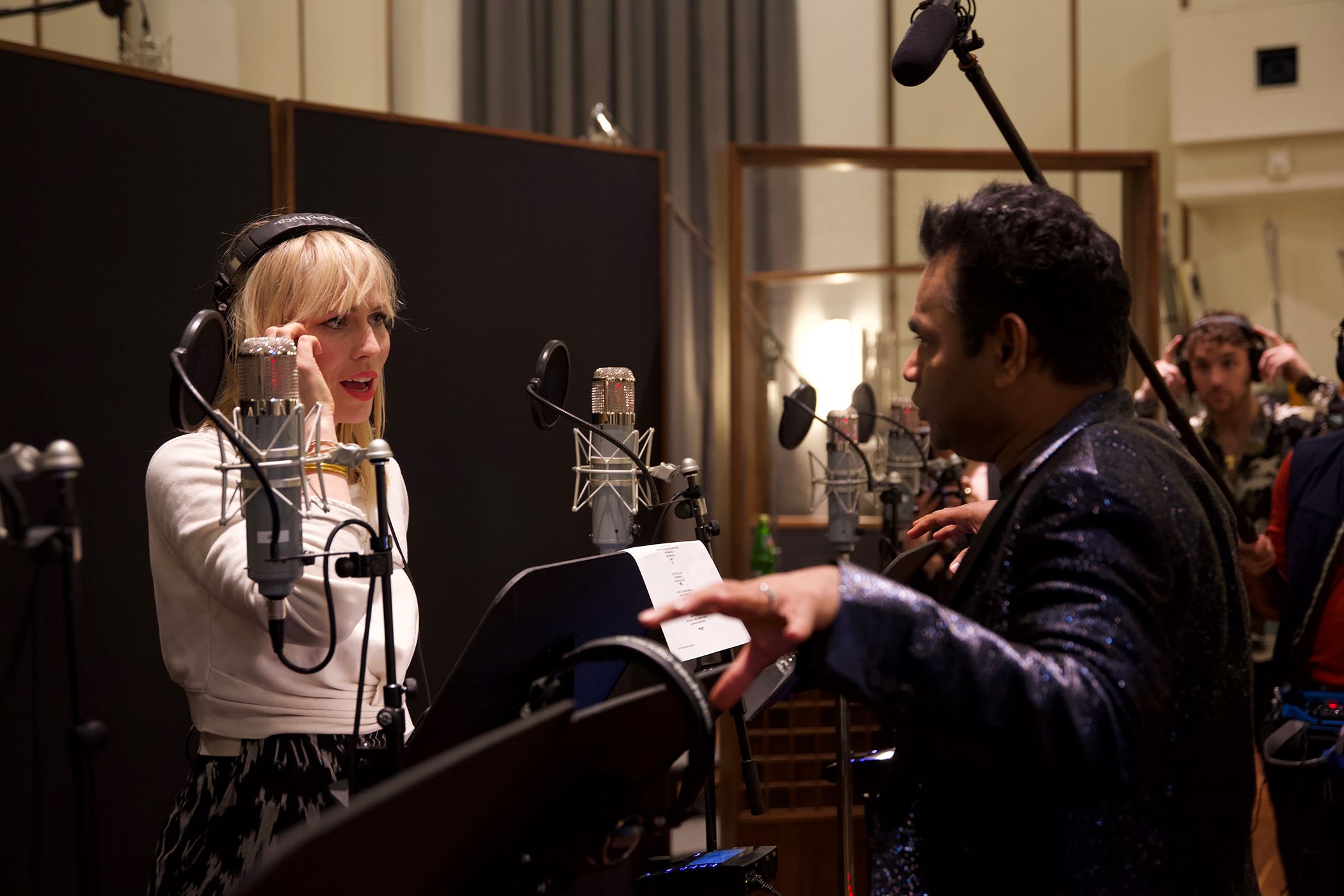 Collaborators and featured artists include Stephen Schwartz, Natasha Bedingfield, Cody Simpson, Akon, and Quincy Jones, alongside campaign producers Neil Morgan and Ken Kragen.
LOS ANGELES - PennZone -- Oscar Winner A.R. Rahman (Slumdog Millionaire, 127 Hours) this past week teamed with a variety of musicians and artists for the first of several recording sessions planned around the world in the next month for an amazing new song called "Hands Around the World" in the spirit of the global hit "We Are the World." The song lyrics were written by Stephen Schwartz (Pippin, Wicked) and the "Hands Around the World" music team. The piece began recording this past week at composer Nathan Barr's Bandrika Studios in Los Angeles. The song is to be the anthem for the www.hands.world project – a yearlong campaign to inspire 1 Billion+ people hold hands in a virtual selfie chain around the world for climate change. All funds raised will go to critical climate change projects to make real impact.

Featured vocalists and participants in the first session included Cody Simpson, Natasha Bedingfield, Major, Mary Mary and Tay Da Prince. Additional artists including Akon have already committed to be recorded at future sessions along with many others who want to lend their voice and celebrity for the music industry as a whole. The music team includes long time composer/collaborator with AR Rahman, composer Kevin Doucette, an AI music creator whose anthem will be used for the 2020 Tokyo Olympics; award winning Polish composer Julia Zuzanna Sokolowska, and KPOP songwriter Daniel Caesar, who wrote/produced Tohoshinki's "Special One." The project is also officially endorsed by the legendary Quincy Jones.

More on The PennZone
"As a member of the younger generation, we are going to be some of the last people to have a chance to reverse climate change before its too late. That's why I knew I had to be a part of this project," shared Cody Simpson.

"I am hopeful that our combination of using music and technology on this project will have this message resonate with the masses," commented AR Rahman. "It has been a pleasure to collaborate with so many incredible musicians from around the world."

The music and technical team were brought together by immersive entertainment entrepreneur Neil Morgan, and humanitarian Ken Kragen, the organizer of the historic "We Are the World" and "Hands Across America" campaigns.

"While some people may deny climate change, they cannot deny pollution. As an Australian, I have recently seen the impact firsthand. We intend to use cutting edge technology for good. It will unite people in a positive and uplifting way and connect people like never before" commented Morgan.

"Just as We Are the World and Hands Across America called attention and raised funds to fight hunger and homelessness, this new project will be a game changer for the environmental issues that threaten every living thing on this planet. I've always said, it easier to accomplish the impossible than the ordinary," said Kragen.

More on The PennZone
The song is set to release on April 22nd, which is the 50th anniversary of Earth Day. Alongside the master recording, users will also be able to listen to the track as part of an app, where you can drag and drop options to choose which artists you hear perform on the track and create a personalized shareable version. The group plans to record dozens of musicians representing genres and musical influences from across the globe.

Later this year, the team will release an augmented reality app as a second phase of the campaign. The app will enable users to take photos holding hands with their favorite celebrities in a holographic and photo realistic form and place them beside you to create virtual selfie chain that will encircle the world. "Hands Around the World." Over 80 Celebrities have already been scanned including Elsie Fisher, David Oyelowo, Herbie Hancock, Lily Tomlin, Master P, Shawn Stockman, Lou Gossett Jr. and Sugar Ray Leonard. AR producers include Travis Cloyd, Executive Producer from Worldwide XR, and Ravi Velhal, Executive Producer.