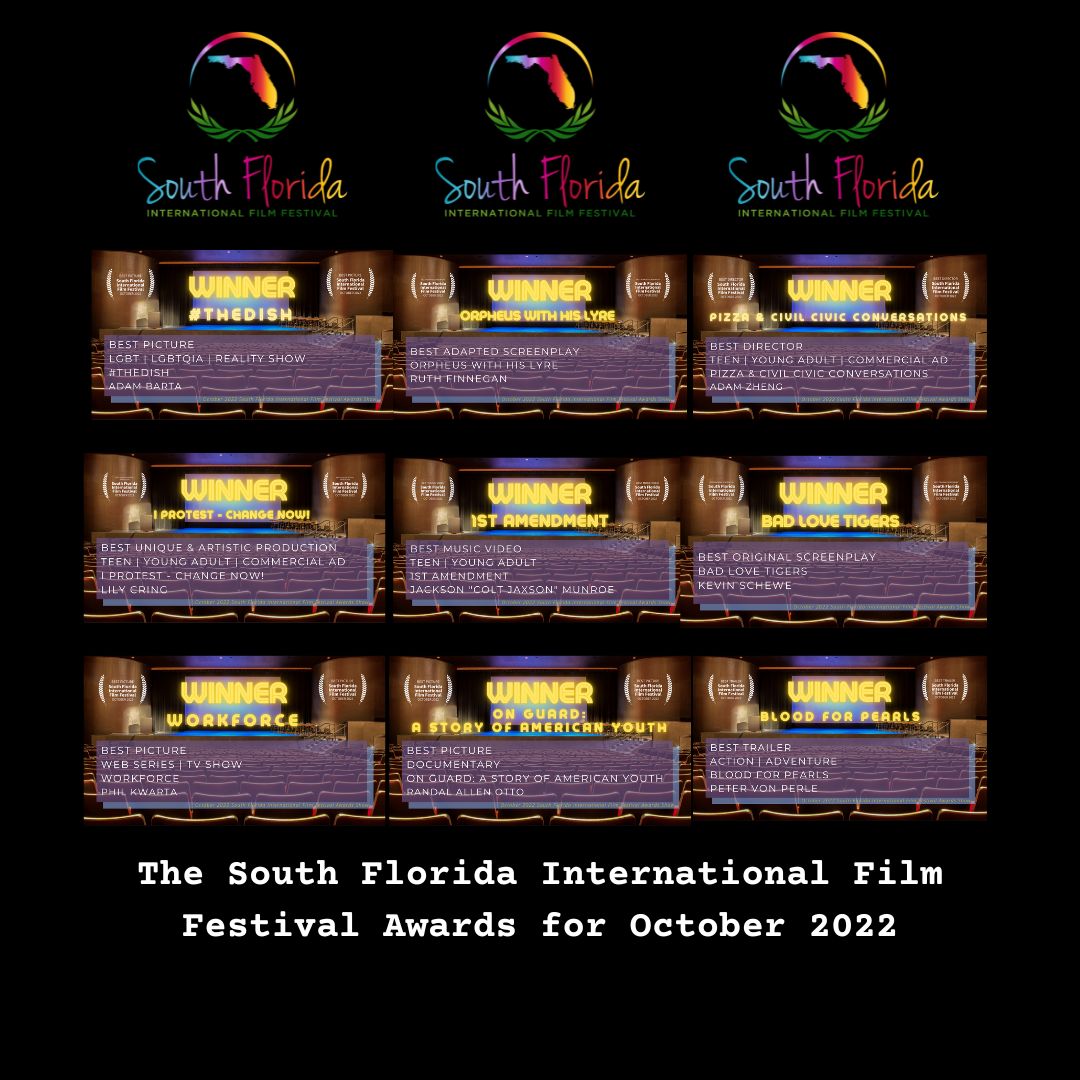 Here is a summary of the winners...

More on The PennZone
Orpheus with his lyre
Ruth Finnegan

The South Florida International Film Festival Awards is a monthly event. For more information and details about submitting...

More on The PennZone
"Our goal is to shine bright lights on 'up and coming' and established filmmakers, actors, actresses, and screenwriters from the United States and around the globe," added the festival spokesperson.

"We have over 30 different categories in which filmmakers and screenwriters can submit their films, movies, tv/movie/film scripts, and screenplays. Our mission is to help filmmakers get additional exposure in the media."